There is huge competition in the smartphone market and manufacturers have to be on top of their game to make an impact. However, this is no reason for any brand to cheat just to score a cheap point. There have been reports that the Samsung Galaxy S22 comes with a built-in application called GOS. The function of this application is to forcibly limit apps performance, thereby reducing CPU heating and prolonging battery life. 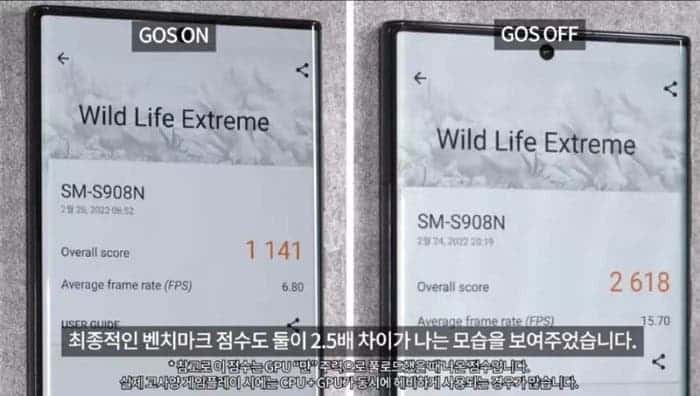 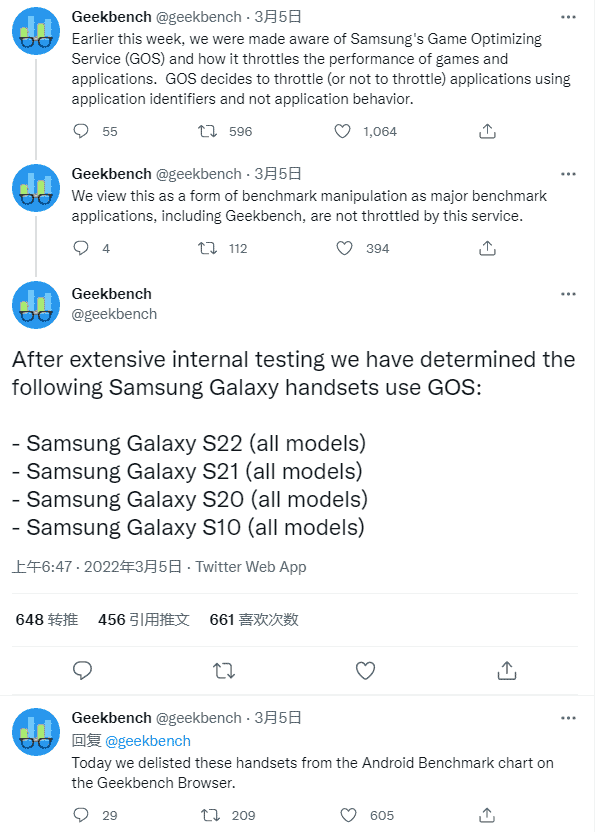 This move led Geekbench to believe that Samsung has a problem of “running score cheating” and removed several models such as the Galaxy S22/S21/S20/S10 from the database.

However, there is now an official response from Samsung

In its response, Samsung said that GOS will only control the heat and performance of the game in a balanced manner. The company claims that it will not affect the performance of other conventional applications. Furthermore, the company also claims that benchmarking software is not games, so GOS will not impose any restrictions on it.

However, at present, Geekbench has not recovered the running score data of mobile phones such as the Galaxy S22, and has not responded to Samsung’s “justification”. 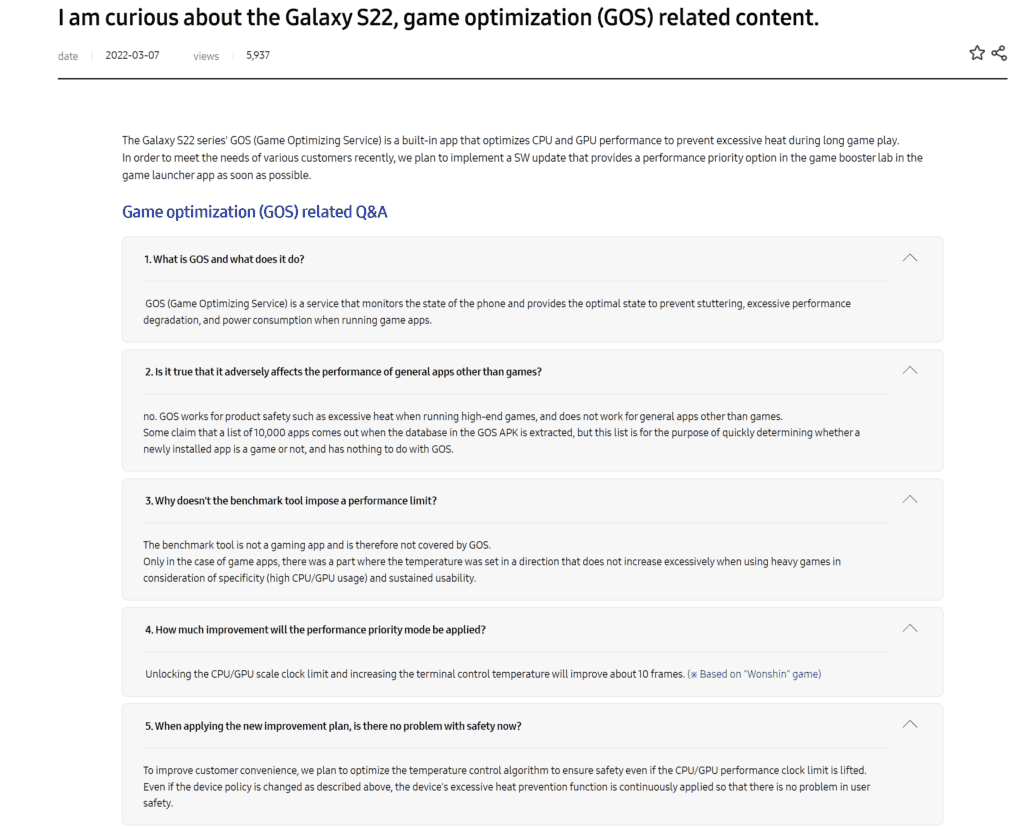 Read Also:  Samsung is accused of limiting the performance of Galaxy smartphones

Xiaomi 12 Pro will receive a version with an improved chip